All our instructors are professionals who have been developed to offer the highest quality instruction. Every member of our instructor team is approachable, caring, and possesses a true love for teaching martial arts. After taking just a few lessons, you will see why Karate International Martial Arts Center is Exeter’s choice for martial arts. 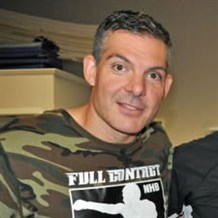 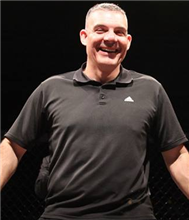 Instructor and KIMAC Founder, John English, is constantly seeking new and innovative ways to improve our students and challenge them to achieve a higher standard. He has trained with some of the world's most respected Martial Arts Instructors and continues to pass on the lessons he learned to his students today. These instructors include Soke Michael DePasquale, Sr., Soke Michael DePasquale, Jr., Professor Silverio P. Guerra, Adam "Barnone" Guerra, Shihan Rocky Dirico and Icat founders Walt Lysak, Jr. & Richard Ryan. 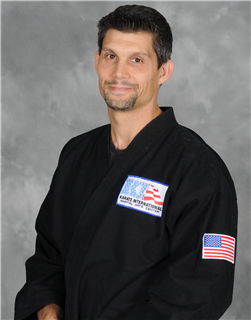 Mark Miller began his study of the martial arts in 1983. He is proud to hold the rank of Nidan (second degree black) in the Kenpo Arts, Shodan (first degree black) in Youshitsuni Combat Ju-Jitsu and a blue belt in Ki No Kenson Ju-Jitsu. Currently, he teaches private and group lessons at KI Martial Arts believing that the dojo is a place to learn and practice martial arts as well as life skills; that the two are intertwined; and that, as an instructor, it’s his job to guide the students in their pursuit of both.

In addition to teaching, Mark also continues to study at KI under the instruction of Shawn Flanagan and John English. Mark works full time for Axis Business Solutions in Marketing/Training, Network Engineering and Software Systems.

Mark lives in Exeter, New Hampshire with his wife Deb, who also studies kickboxing, and his two sons Max age 15, who holds a black belt at KI martial arts, and Jackson age 8 who is a yellow belt.

Craig Wharem has been training in the Martial Arts since the age of eleven. After many years of trying to find an after school activity he finally stepped foot in the Dojo. He earned his black belt in the art of Kenpo Karate in 2011 and continues to train and progress in the art.

Along with training in Kenpo he also trained in Yoshitsune Combat Ju Jitsu from 2008-2014. Currently he is working on progressing his knowledge in Kenpo under the Guidance of Professor Rocky DiRico and Grand Master Kevin Bryant to continue to attain higher knowledge and skill. He also trains in Kung Fu with Tashi Mark Warner in Ipswich Massachusetts.

He began assisting with classes in 2005 at the age of 14. Since then he has risen to the level of Senior Instructor managing the day to day operations of the dojo. It is his hope to continue to spread the incredible life lessons associated with Martial Arts training to future generations.

Get the current schedule

Jump to the members area